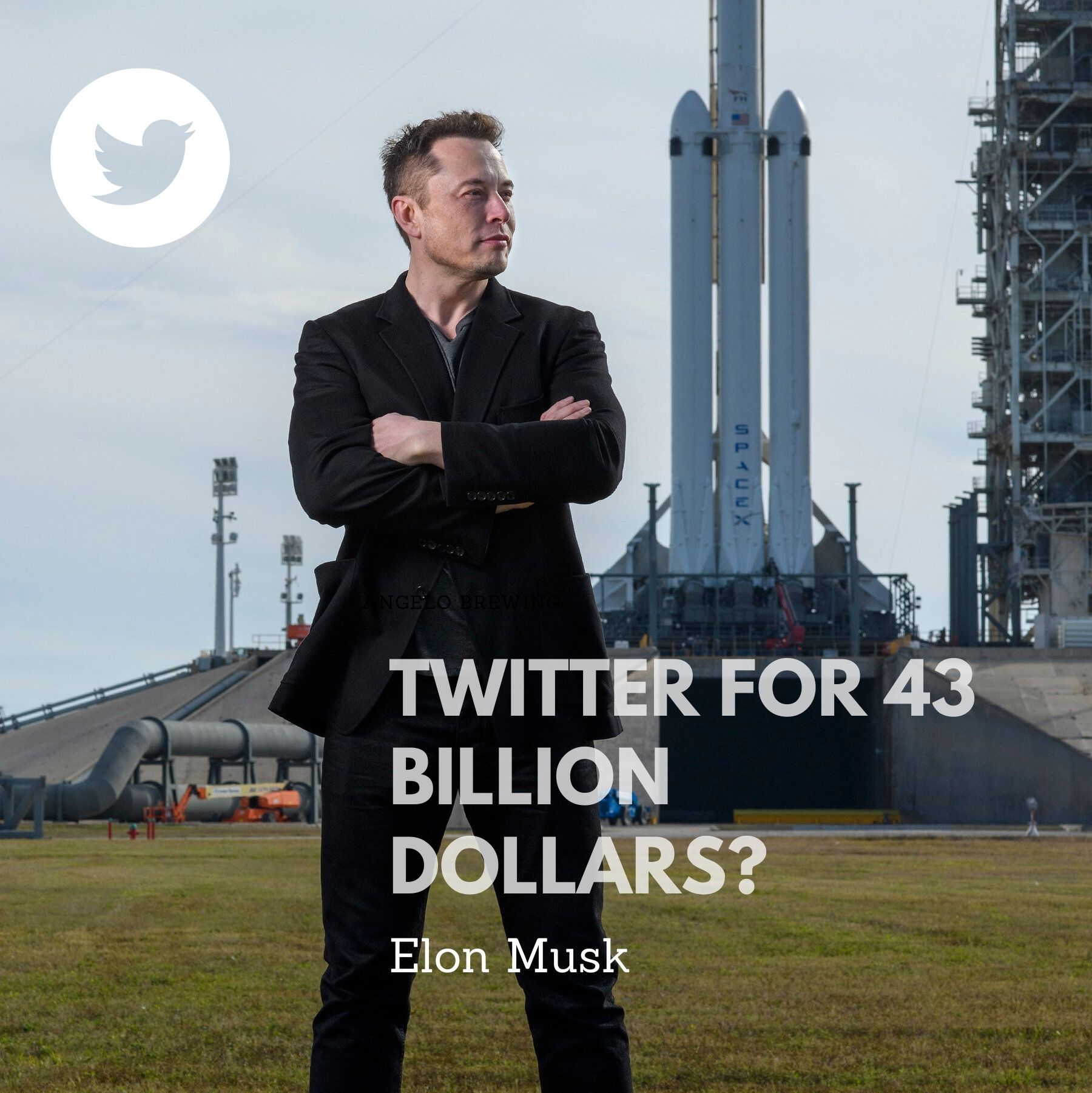 Who is Elon Musk?

Elon Reeve Musk(born on the 28 of June 1971) is an entrepreneur, investor, and business mogul. He is the owner of SpaceX, Tesla, Boring Company (which digs holes), Neuralink (a neuro computer company), OpenAI ( a nonprofit dedicated to friendly artificial intelligence ), and PayPal. Musk sits on the board for both SolarCity and Zip2 Corporation. As of March 2019, Elon Musk is the wealthiest person on Earth.

Twitter is an American microblogging and social networking service on which users publicly post short updates or messages known as “tweets.” Users can follow these tweets through Twitter using the web or mobile applications. There are many ways to search for these tweets such as by keyword, location, or username of the author. Tweets can also be discovered based on other people that one knows who have retweeted them or who have been in conversations with them before like friends and family.

On April 25, Musk agreed to acquire Twitter for $44 billion, just three weeks after he accepted a position as interim CEO of the company and 11 days after announcing a final offer to buy Twitter for $54.40 a share.

By 15 of March, Musk owned about 5 percent of the company and at this point, he was supposed to inform the SEC about this but he missed the deadline by more than a week when buying more shares for cheap.

On April 4, The fact that Musk owns the 9.2 percent of Twitter gets known to the public.

Later, Twitter requested that Musk be added to the company’s board. Musk hinted that he would agree on the condition that his total share of company stock never exceeds 14.9 percent.

Musk replied to the tweet as an “active investor” and all the Twitter board family congratulated him on the 5th of April.

On the 9th of April, Musk replied by saying he was not joining the board.

Twitter makes this news public on the 10th of April.

By April 14, musk offers to buy Twitter for $43 billion cash and make it private.

15 April: Twitter shareholders go the “poison pill” way. The poison pill is a rights plan that makes it much more difficult for any existing shareholder or new potential investor to have significant influence or ownership over the company, in this instance preventing Musk from taking over Twitter to prevent his position from being diluted.

Negotiations between the Twitter board and Musk begin on 24 April.